One day, in the evening, when I returned to my house after spending the whole day playing in the square with the other boys, I remarked that there were women visiting my mother. I think that the number of women visitors did not exceed four and most of them were regular visitors of my mother. As soon as I arrived there I went to the salon of the house and saw these women visitors sitting there.

Starting from their arrival they spoke only of the small beggar of the square of the quarter. I could not explain why all the people in the quarter, especially women, were interested in the small strange beggar.

The women, the visitors of my mother, were all telling each other a lot of stories concerning the strange small beggar. They spoke of all possibilities regarding the origin and the reality of the beggar.

None of the five, my mother and the four visitors, showed any other interest, with the exception of the beggar. All of the women in the meeting were in a total and unanimous agreement that the small beggar could not be at all of a poor and a humble family origin. On the contrary, they agreed that this enigmatic boy belonged to a very rich and prosperous family living somewhere in the community or outside of it.

All the women visitors agreed that this rich family was of a gypsy origin which lived outside the limits of cities, towns and villages. My mother told me later on when I was about to sleep that it had been said that in every quarter of the community there was a small beggar who looked more or less like the one who was found in our quarter. I could not understand and believe that this part of the whole story could be true. It was not possible, according to my reasoning, to discover the same beggar in all the other quarters.

To believe in this new aspect of the story of small beggars, a campaign of verification and substantiation should be carried out according to which I and in company with some other boyfriends would visit most of the quarters of the community to find out whether there were beggars such as the one we had in our quarter.

It should be mentioned that in those days most of the small boys of the quarter were not much interested in the affair of the small and strange beggar. Whenever the details and the implications of the story of the beggar used to be mentioned and discussed fully by some of us, all the rest of the boys did not show any interest in the affair of the life of the small beggar. All what they did was just to have a look of the small beggar in their going to the square and in their coming back to their homes. For them, to most of the small boys, the beggar was something normal and did not attract their full interest or attention. Beggars at that time in our community were witnessed everywhere.

Of course, the small boys could not notice the peculiarities and the eccentricities of the small beggar of our quarter. It should be mentioned that not a single small boy of my friends ever thought to give this beggar a small piece of coin and to put this coin in the wooden bowl of the beggar.

For most of the small boys the strange beggar did not exist at all. They did not notice that the beggar constituted a peculiar and an unusual phenomenon. They were neutral to the whole problem. Thus they were not aware that here was some kind of confrontation between the statue-like small beggar and the whole community.

It was the opinion of some of the decision makers and the influential people in the quarter that it was the duty of all the inhabitants to adapt themselves to the situation in which the small beggar was to be considered as a given and an acceptable fact. The least thing which everybody could do was to have a daily look on the statue-beggar. As for me, Amin, and as I have been trying to say in this story, the little beggar was both an arduous challenge and a daunting riddle. In my case, I could not take a passive and a careless position and attitude regarding the riddle, the beggar. But with the passing of time, I have taken the firm decision to discover the reality and the secret of the riddle. I was determined to know who he was.

I wanted to be involved, by myself, in the search for a solution of the puzzle, of the riddle, without the aid of others or the interference of my mother. During my life in this important quarter of the community, and during which I spent the six or seven years of my very short life, I can claim that I have faced a lot of riddles and a lot of puzzles.

I have been indulged in difficulties and involved in confusing situations and I have been facing problems which others could not confront and solve. Therefore, this situation of the beggar which I was facing now could not be more challenging than the ones which I have so far faced.

Based on this background of my personal life in the quarter, I could now claim that it would not be difficult for me to find an answer for the riddle of the small beggar who looked to us to be a real statue made out of marble and devoid of life. I had the inner deep feeling that I myself would be able to find a solution to the riddle of the small beggar. 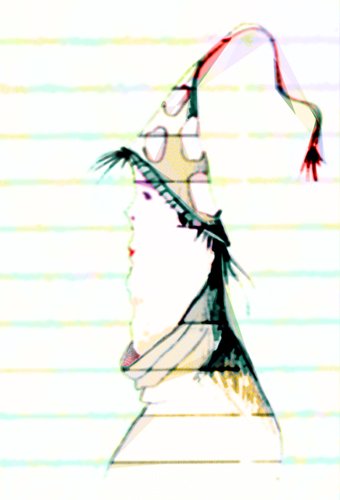 For several days, I stayed all the time in my house avoiding going out in order to avoid seeing my friends, the small boys of the quarter. I had the serious intention, by not leaving the house, to concentrate all my time in discovering a solution for the problem which I was facing.

My father, my mother and all the old and young members of the family were amazed to see me for the first time since a long time choosing to stay in the house for several days. My mother was watching me from a distance in the house just to see what I was doing. Because of my long stay and isolation in the house my mother got worried and confused. She herself also has decided to know the verity and to look for the reality.