The height, the stature of this small beggar did not differ at all from the average height of the boys of his age in our quarter and in our community in general. Of course, all of his features and traits were like those of small boys of our quarter. Nevertheless, this small boy, the beggar, had one main difference in the general characteristics of his personality. Curiously enough, this small boy, the beggar, had a fairer, complexion than that of the other small boys.

Although his eyes and heir were both completely black, his skin complexion was, with no doubt at all, fair white. It was said that his mother had an ethnic origin different from that of all the mothers and the other female members of the community.

Even some stories said that his mother had blond hair in addition to her fair white complexion. No doubt, the beggar had a very good and compassionate mother who, in spite of her poverty and impoverishment, could keep her son clean, pure and unsullied.

All the small boys, my friends, noticed that in spite of the fact that the boy was a beggar and thus very poor, he was extremely clean as if he had just taken his daily bath before coming to the quarter. His face was shining and his clothes, though old and shabby, tattered and worn, were at the same time very clean as if they were just washed this morning or the day before. I could say, and without any hesitation, that his clothes were much cleaner than our clothes without any exception.

All the small boys were surprised by the cleanliness of the small beggar. They wondered how he could be a beggar and an extremely clean small boy at the same time. It should be noted again that this beggar was of the same age as our age, ranging from six to nine years or in some cases more by one or two years. However, in all my attempts to be close to him so as to know him better, I was tempted to think that this small boy, small beggar could be older, much older, than all of us, the small boys of the quarter.

Once, when I came to his place in the hidden corner in the wide square of the quarter I was under the impression that no one could estimate the real age of this strange, solitary, lonely and companionless beggar.

It happened that with the daily arrival of the sunset and the appearance of the twilight on the square of our quarter, the little poor boy, the beggar, almost lost his identity and some of his features and traits. I was stunned to find myself faced with this strange phenomenon.

It was almost our duty, the small boys of the quarter, to carry out a continuous and serious investigation with the main aim of knowing the family from which this small poor boy came, to know with some details who were his father, his mother and all the members of his family. We wanted more or less to know whether his brother and sisters were beggars like himself.

We were planning to know where his brothers and sisters were placed as beggars. Of course, each boy asked his mother about the beggar and whether she knew the mother of this strange small beggar. As expected, all the mothers of the small boys of the quarter told their sons so many strange and funny stories about the family origins of this little beggar. All what has been told by the mothers was nothing but rumors, gossips, tales and talks fabricated by the women of the quarter themselves.

After much and long investigation and even search in all parts of the quarter, it was agreed that it was impossible to discover the origins or to know the family of the small beggar and his relatives and his various friends and acquaintances.

Normally, every small boy in our group had a family and many relatives. Some of us had been living in an extended family system. Everybody knew the family of each of the other boys. The house and the residence of each small boy were well known to others.

In other words, we knew, virtually very well, the detailed basic facts and information about each of us, including the number of wives each father in the quarter had and the number of children in each family. We knew even the members of the family, the children, who got already married, both sons and daughters. We knew, also, the names of the children of the family who got recently divorced after a family life of one or few married nights.

Sometimes, some of our small friends came from some other quarters of the community. Yet, in spite of that, we treated those strangers as really belonging to our quarter and not just intruders. These boys of the other quarters brought with them some other stories concerning the possible origin of the beggar.

However, the case of the small beggar was completely different. He was not like the others, the other boys of the quarter. He was considered as a totally special case. None of the small boys from the quarter or from the other quarters of the community could remember that he had ever seen this beggar somewhere in his own part of the quarter. Nobody could discover the exact origin of the beggar and no one could say that the beggar lived with his family in such and such location. Yet, all of us tried his best to find some explanation, some solution, some indications for the origin and the family background of the mysterious creature, the small poor beggar.

Of course, many stories, tales and explanations were offered in an attempt to find some indication or trace of the origin of the strange boy, the small beggar of the quarter. After much investigation and search and inquiry that continued for several months, some of the boys of the quarter proposed the theory which suggested that this small boy, the beggar, was the son of a gypsy family that used to come in the past to our quarter. This gypsy family stayed amongst us for some months so as to gain some money by selling the nice and the artistic products of their handicraft which they made in those old days of our local history. 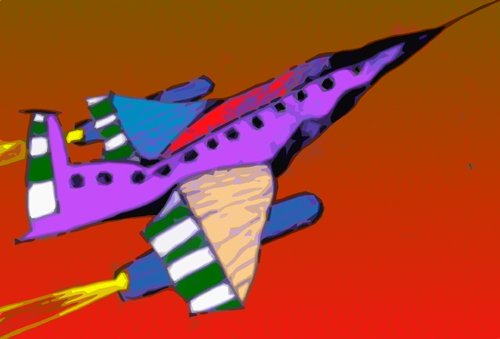 Some of my small boyfriends said that this small beggar was once forgotten in our quarter by his gypsy family and that his family never came back to look for their lost or forgotten small son. Most probably, the gypsy small boy was adopted by a certain family of the quarter and that the adoptive family never declared publicly and officially the presence of this gypsy boy in the family amongst their children. 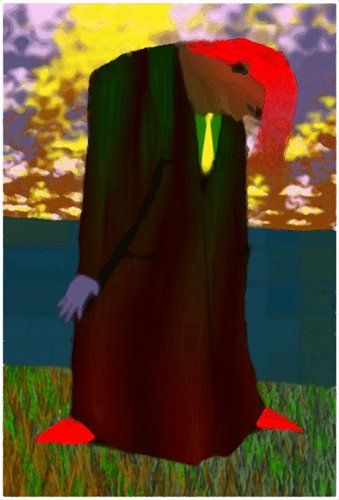