I entered into the consultation room in company with the doctor. As soon as we were both of us inside, the physician spoke first.

"Mr. N." addressed me the distinguished doctor in a somewhat low voice and in a monotonous tone. "Your Mother had been attacked since many years by the Pestilence of our time, the Cancer, the disease which has not been so far conquered by the sciences or by the modern technology. I think, Mr. N, that this Cancer has already rooted itself in the depths of her body. All her organs are almost attacked by this enraged monster. Without finding any difficulty I was able to discover the reality regarding her state of the health and the nature of her disease". In hearing the word Cancer that was uttered by physician without any sign of fear or horror, I was about to fall from my seat on the ground of the consultation room. The last word used by the Doctor which came out of his mouth has come to me like a thunderbolt or like the strike of an invisible hand that has tried to hit all my existence. I said that this would be the end of my Mother. At that moment I asked myself why she was chosen to be condemned to death. How did "Death" choose her so that she would give her last breath before long? What crime has she committed in her life that made her deserve this cruel and absolutely severe and unjust death sentence?

"Mr. N., the doctor resumed his discourse, I think that this is a Cancer in its advanced stage. Most probably this cancer has started to attack her since a long time, perhaps five or six years ago. At that time, at the beginning, at the initial stages, something should have been done by the way of an operation by which both the tumour and the uterus should have been removed. In the operation which had been carried out to her, four years ago, the tumour only has been removed, while, as matter of fact, the uterus itself should have been removed also. But now, I doubt that this would be possible for saving her. There is no chance at all to save her… With the exception of the occurrence of a miracle, a miracle could only saver her. I suggest to you to take her to the hospital, that is my hospital, for an urgent operation so as to discover, to find, what is going on in her abdomen, inside her body." said the physician.

When I was all alone with the physician I thought that I have heard a voice like that of my Mother saying to me "Save yourself and save me, my son." 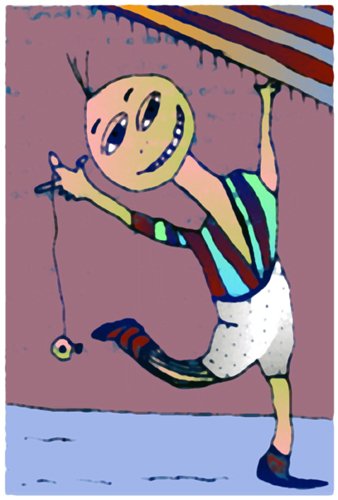 In going out of the doctor’s consultation room to the waiting room my Mother, who was seated in an armchair, gave me a smile full of disquietude, interrogation and uneasiness. Her eyes asked me, posed to me, so many questions regarding what has been passing inside the consultation room of the physician about her destiny and her future and about the real nature of the disease that has struck her a long time ago.

Certainly, my face reflected all the worries which were tormenting and even torturing me because of the severe, merciless and ruthless Judgment of the physician.

My Mother had always the capacity and the capability of reading in my face things that I wanted to say and what has been passing in my spirit. In looking at my face she understood all. Instantaneously, the message which I wanted to pass to her was communicated to her in a very clear and net way.

At that particular moment I had the intention of hiding my face by my two hands so as to prevent her to see my face and to read the message.

Nevertheless, she, like all other victims of the pestilence of our time, was extremely afraid of the illness of which she was suffering. It could be said that since a long time my mother was continuously living in a "Cancer phobia". Always this monster presented himself to her, night and day. He was perpetually standing in front of her.

The disease has been accompanying her like her shadow. She, since a long time, had developed the habit of making only allusions, hints, indirect references to this horrible disease. When one had to speak to her of somebody who has been hit by this illness, by the pestilence of our time, he had to use allusions and hints.

As far as I can remember, my Mother never ever pronounced the name of this monster, of this disease, Cancer, neither during her illness nor before that. Therefore, she has been living all her life in the fear of this horrible disease.

As a member of a community where education has not yet spread amongst the majority of the adult population, my Mother had never had the chance of having some basic ideas concerning the real nature of her disease.

The majority of people in our community believed at that time that Cancer as a disease is some kind of a ferocious and brutal animal with members, limbs, as those of an octopus which could be found within the human body. It starts to grow in the human body, gradually, to a stage when this animal, monster, starts to kill, to strangle the human being.

The origin of this monster, the Cancer, could only be a strange substance that one swallows. Perhaps, a lot of superstitions have spread amongst the people all around this disease. All people believe, like a dogma, without saying it, that it is contagious.

All people, and everywhere, in our community, and perhaps elsewhere, behave according to this belief and build up a system of convictions that governs their behaviour… towards the contagious nature of Cancer. All people know that the disease is fatal. When it strikes it kills. Naturally, all people have the habit of keeping away from that, male or female who has been struck by this horrible illness.

But, in spite of all of that, the fact that I was with her in the waiting room gave my Mother some kind of a consolation, of confidence and perhaps of hope… an expectation, a great expectation.

I have absolutely decided to avoid pronouncing the name of this disease, not even to make any reference to it, in front of her.

As far as I was concerned, I was more or less informed about the real nature of this disease, and especially about its fatality. I was well aware of the fact that neither the sciences nor the modern technology have ever been successful to conquer this disease.

The level of general education which I have had during this period of the fifties of the last century, permitted me, more or less, to understand most of the implications of the Judgment of the physician. I was at that time very keen to know whether the environment or the heredity was the dominant cause… Or in other words, is it nature or nurture, or a combination of the two?

In spite of all of that, my Mother and I looked at each other. Obviously I understood all. For her, I represented the Hope and perhaps, the Salvation. The Son could save the Mother. According to this first basic principle of our life, to this Axiom, I said, I should build up my whole behaviour, my comportment, even my life. However, there was some hope in this probability.